Its true! Finally, we can confirm a date for the online release of our delicious Mince Pies. On October 25th they will be listed in our Online store. 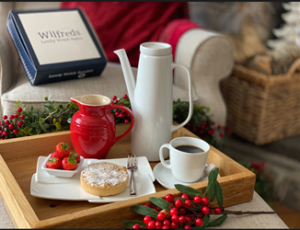 If you don’t know about our Mince Pies yet, you really should. As one of our most popular products, they sell fast and taste great. We’ve been getting question about their release date for a long time now. It’s a relief to finally have an answer!

Its important to note that there may be limited availability at first. If you’re desperate to get your hands on a mince pie, then make sure to be ready and get them while you can. Its not a huge problem if you miss them though. We’ll likely be selling them off-and-on throughout the festive season.

On that topic, you might be thinking ‘isn’t it too early for mince pies?’ and I’d understand that. It’s still October! The month of pumpkins and warm scarves, cinnamon and candlelight, spooky nights and rainy mornings. But think how much better all of those things would be with a mince pie on the side. They taste good whenever you eat them.

Plus, after the challenging year we’ve all had, maybe its not such a bad thing to start Christmas a little early.

Our mince pies have a sweet pastry case, with several delicious layers locked inside. Our mincemeat is infused with Shirgar Welsh brandy butter, followed by a layer of soft frangipane, then topped with a cinnamon and brandy butter crumble. Eat them warm, and have a lovely festive treat.

So, come back to the website on the 25th, and order some for yourself! 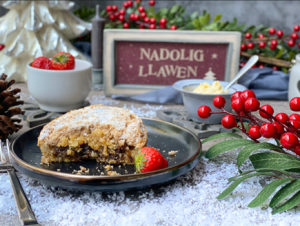